Paying Tribute to Past & Present Leaders of the African Diaspora

Born and raised in Cameroon, Ms. Kwemo holds a bachelor and an LLM degree in Economics Activity Law from the University of Rouen in France and a LLM degree in International Business Transactions and Human Rights Law from Washington College of Law at American University in Washington DC. She is currently the President of AStrategiK Group, LLC. Angelle Kwemo spent seven years in Congress, as the Legislative Counsel for Congressman Bobby L. Rush (D-IL), where she demonstrated her invaluable leadership skills and her unparalleled understanding of the complexities of a multi-faceted global economy. While at the Hill, she launched the first “Africa Day on Hill” and co-founded the Congressional African Staff Association (CASA), a bipartisan and bicameral organization to educate Members, Senators and staffers promoting the positive progress of Africa. Ms. Kwemo has been instrumental to the African community by, playing a key role in policy formulation on issues affecting Africa’s economic development in the U.S. Congress, including passage of H.Con. Res 1405 recognizing the strategic and economic importance of Africa to the U.S., drafting H.R 656 The African Investment and Diaspora Act of 2011, and H.R. 4221 the Increasing American Jobs through Greater Exports to Africa Act of 2012. The goal of these bills is to increase U.S. trade relations and diaspora business participation in the international business arena. With her outstanding cultural, social, and economic contributions to the African Community of the District of Columbia, the Cameroonian born Kwemo has always gone an extra mile to represent the voice of Africans.

Tamrat Medhin is the President of Little Ethiopia, an active organization in the District which was established to create awareness about the significance of Ethiopian/African history, cultures, heritage and traditions. Through various community events, symposiums and discussions, Little Ethiopia encourages District residents and particularly people of African descent to explore and conserve their ancestral heritage and interconnectedness. These recurring events bring together Africans, African Americans and other Diaspora communities to learn about historic struggles drawing connections between anti-colonial movements in Africa and civil rights struggles in the US. A longtime community organizer and entrepreneur in the DC, Tamrat has worked tirelessly for many years to strengthen the relationship between the African American and Ethiopian immigrant business communities, which Medhin continues to foster. In order to strengthen these collaborative community initiatives, a personal aspiration of Medhin, he hosts monthly networking mixers, known as the Ethiomixers. Each month, the mixers feature the A List movers and shakers, entrepreneur, artists, and writers from across the African Diaspora. These events are unique in that they intentionally draw participation from diverse members of the African diaspora that might otherwise not be in the same room. Beyond his contributions in building a sense community and solidarity among all people of African descent, Medhin is a progressive entrepreneur known to have played an advisory role in negotiations for several community and faith based organizations in acquiring, selling, and investing of real estate.

Ms. Tereguebode A. Goungou was born and raised in the West African nation of Togo. Mrs. Goungou earned a Master’s Degree in Business Law from the “Université de Lomé” in Togo in 1994; she also earned a Master of Laws (LL.M.) in International Legal Studies from the American University Washington College of Law in 2006. She is currently serving on the Commission on African Affairs (COAA) and chairs the Language Access Sub-Committee. Previously, she worked with the DC Language Access Coalition (DCLAC) as the Immigrant Education Consultant as well as the Language Access Advocate. She eventually became the Outreach & Partnerships Coordinator at Many Languages One Voice (MLOV) which administers the DCLAC. Tereguebode has been active in her community, organizing and assisting low income families, immigrants and refugees on issues that affect them the most: affordable child care and housing with Empower DC; economic empowerment with IRS/DC Cash Coalition; tenant organizing with the Latino Economic Development Center (LEDC). Goungou has served as a liaison for the Office on African Affairs since 2007 helping to strengthen the link with the District’s francophone community. Goungou has organized roundtables for parents on education, coordinated participation of African residents in rallies for affordable child care, affordable housing, and immigration reform, March on Washington and many more advocacy efforts. She brought along family members, friends, and other community members to events, public hearings, rallies etc. As a member of the TEAM Africa African Health Outreach & Education Initiative, she helped to plan, promote and ensure the success of the African Health & Wellness Fête in held in June 2013. Tereguebode works hard to make sure her fellow immigrants understand their rights as well as their responsibilities as DC residents. Above all, Goungou is a passionate advocate for Language Access and Social Justice for immigrants and newcomers with limited or no English proficiency.

Born and raised in Nigeria of Igbo heritage, Mr. Anthony Chuukwu arrived in
the United States in 1990 with only $50 in his wallet and a small brown
bag. Today, he is the Chief Executive Officer of CitiWide Computer
Training Center. As a newly arrived immigrant in a new country, never did
he dream of establishing an organization that would today provide
economic development opportunities and skills training to well over
15,000 individuals in Washington, D.C. Mr. Chuukwu attended Grace
Polytechnic in Lagos, and the Royal Society of Arts in London. He later
graduated from Georgetown University’s Public Policy Institute in 2006 in
Nonprofit Management, a Postgraduate program for executive directors in
the nonprofit sector. Now, he has over 23 years of experience developing
and delivering employment training and retention services, developing
and launching workforce development programs, serving returning
citizens, disconnected youth or at risk youth and low-income individuals
in need of career development. He is currently the Secretary of the Board
of Directors of Georgia Avenue/Rock Creek Family Support Collaborative,
and also serves in the Executive Committee of the Collaborative. Prior to
that, he served as a member of the Organizing Committee on Continuing
Education Credits for the Association of VA Psychology Leadership
Conference of the American Psychology Association as well as Board Member of the defunct Latino Federation
of Washington, D.C. Through CitiWide, Chuukwu has created a strong institution that provides Workforce
Training (Employment and Retention Support), Computer Information Technology Training, Adult Basic
Education Enrichment and Lifelong Learning Skills to D.C’s. African community. 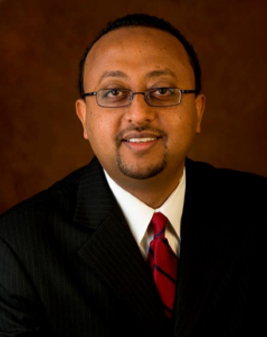 Henok Tesfaye is a central household name among Ethiopians in the Washington D.C. Metropolitan area where his success story as a trailblazer in the business sector has earned him the respect as a progressive business man in the District. Born and Raised in Addis Ababa, Tesfaye migrated to the US from Ethiopia at the age of 16 to pursue his “American Dream”. Mr. Tesfaye is currently the President and Chief Executive Officer of U Street Parking, Inc., (USP). A company he founded with his brother as a family operation in 1998. Under Mr. Tesfaye’s leadership USP has become a premier parking company in the highly competitive parking market in the Washington D.C. metropolitan area. From only four employees to more than 500 employees! Mr. Tesfaye has enjoyed a rapid and rewarding success. He has been featured in The Washington Post, CNN, Voice of America and numerous Ethiopian publications. The Washington Post article described him as “a District of Columbia entrepreneurial success story, a savvy and focused businessman in good standing with the community.” In addition to his parking business, Mr. Tesfaye’s family owns and operates Etete Restaurant, a superb Ethiopian establishment in northwest Washington, D.C. The George Mason University Alumni also plays an important role in giving back to his community at large. Mr. Tesfaye is a Board Member of Shaw Main Streets and Capital Bank, as well as being a member of numerous civic and professional associations including the D.C. Chamber of Commerce, 9th Street Business Association, The Enterprise Development Group and The National Parking Association. He is also the Chairman of the Board of Mary Joy Foundation; a nonprofit organization that seeks to help children and seniors in Ethiopia.

Known as one of the original founders of KanKouran, the West African Dance Company, Mr. Konte serves as the company’s Artistic Director, choreographer, and costume designer. His career as a professional dancer began at age 15 back in Senegal. Throughout those years, he electrified audiences with his highly energetic performances, while simultaneously developing his own unique movement style. Born in Senegalese, Assane left Africa with the dream of establishing his own dance company in Washington, D.C. In 1983, along with his childhood friend and master drummer, Abdou Kounta, he founded KanKouran West African Dance Company. Since that time, his lifelong dedication has been to preserve and share Africa’s rich culture through dance and music throughout the District and beyond. Mr. Konte has utilized his talents to give back to the African community who have supported him upon his arrival to the District years back. Mr. Konte’s knowledge and experience of African dance as a universal language has allowed him to reach out to other artistic traditions. As a result, KanKouran has performed with symphony orchestras, chorales, church-based dance groups, tap-dance companies, ballet companies, theatrical productions and other drum and dance companies from around the world.

Called on in class by his teachers to portray demonstrative drawings back in his primary school years in Nigeria, Udofia never once envisioned he would become one of DC’s outstanding artists. From his well- known mural of President Barack Obama and other famous patrons on the walls of the famous Ben’s Chili bowl on U Street, to the happy children’s mural in Adams Morgan, Udofia has become a household name in the District. Inspiring young Africans growing up in the District as he did, Udofia utilizes his artistic nature to inform not only the young Africans, but youth in the community, to use art as a way to express one’s self. Udofia is a lead artist in the District’s Murals DC program (sponsored by DCCAH, DPW and Words Beats & Life, Inc.) which has produced approximately 43 murals in the District. 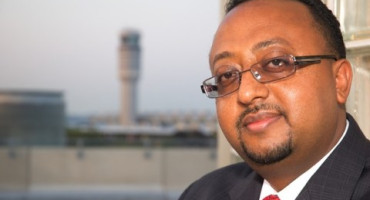